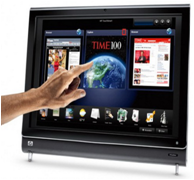 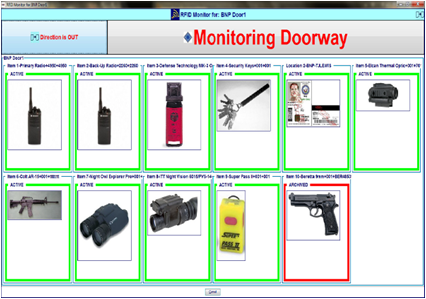 Touch screen computers can be utilized as a server and workstation, or, as a workstation.

If a doorway is implemented to passively track personnel and/or tagged objects, a touch screen monitor can be placed above or beside doorframe, so that personnel can visually confirm that the objects transferred to their custody were detected by RFID antenna(s).