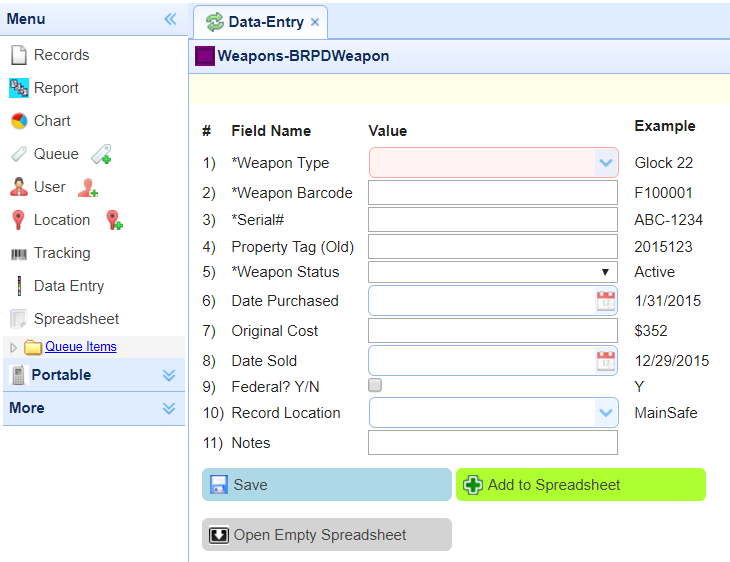 ARMS is J2EE enterprise-class commercial off-the-shelf (COTS) software, including rapid application development toolkit that leverages the features, functionality and hardware support already existing within the ARMS Armory Management System.  ARMS is a single software code-base without ‘if – then’ statements based on specific customers or application variations.  All features and functionality ever developed for any customer or application are included in the single ARMS code-base.

ARMS can be utilized to manage weapons, gear and ammo in depots (warehouses) and supports electronic form communications and standard tracking (transfer to destination) functions for weapon, gear and ammo requests and shipments.  ARMS is also designed with specific and robust functionality for armories that assign weapons to soldiers or officers for temporary duty, to track issues and returns for work shifts / post security from fixed-location or mobile armories.

Officer qualifications and weapon certifications are tracked by ARMS, including due-dates for recertification, and, ‘APPROVED TO ARM’ and ‘DO NOT ARM’ statuses are maintained for each officer authorized to receive weapons, gear or ammo from an armory.

The weapons, gear and ammo required for specific posts are maintained by ARMS, as are the specific weapons assigned to each officer.  When an officer is to receive weapons, gear and ammo from an armory, photos of the objects required for the post and assigned to the officer display as photos on the armorers computer screen.  Photos border with green if approved for transfer, or, bordered with red if certifications are expired or the officer is marked as ‘DO NOT ARM’.

ARMS includes a significant # of standard reports and customized reports are readily available.  Reports are generated by SQL queries, including complex multi-table joins.  Reports can be generated in HTML or CSV formats, and can be opened in Excel or other third party reporting tools for further manipulation.  Report data can  be output in column / row format or can be rendered to specific report designs as may be utilized and required by a customer.